The DECRUSTATES Nomadic Art Production and its Traveling Exhibition will start in 2015, the UN
‚International Year of Soils‘.

It aims to gain ground worldwide to prepare it for
public dialogue in urban spaces.

There is lots to do to make this traveling exhibition become reality: if you like to get involved, please contact me! 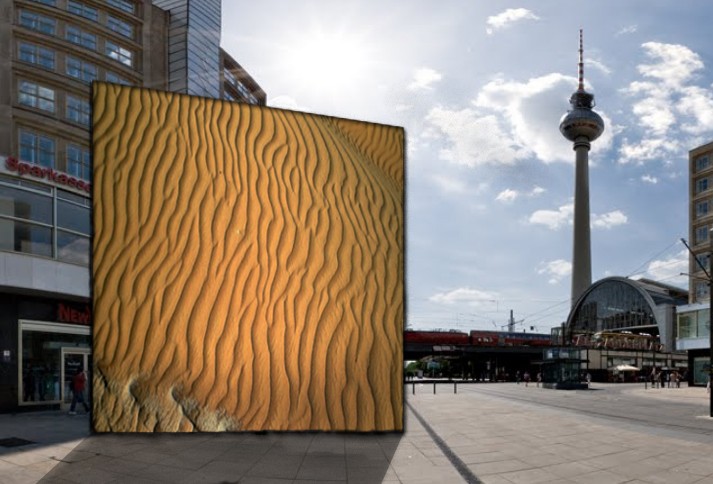 ‚Soil is a complex natural resource of fundamental significance to life, so essential and so obvious that it is the most overlooked element of the environment.‘
European Soil Charter, 2003

The global project ORIGIN produces large DECRUSTATES  in various biospheres of the planet for on-site exhibitions. Five DECRUSTATES of 5 x 5 meters each are exhibited in public, urban places to draw attention towards the origin of our existence. The selection of the specific earth surfaces and topics is made through interdisciplinary cooperation with local artists of the respective countries hosting the exhibition. It mirrors local peoples‘ histories connected to their ground. The artists are asked to produce own works to be exhibited alongside the chosen DECRUSTATES to further spark local communication.
ORIGIN is presented in three different exhibition phases:
In the beginning the DECRUSTATES are shown as billboards drawing most public  attention. They  then come together as a stage allowing interdisciplinary art performances. At last they will form a cube, the ROOM of ORIGIN (details see below).
The first set of works for ORIGIN will be produced in the arid regions of Namibia and shown in the capital of Windhoek. Next host will be its town partner Berlin, Germany. DECRUSTATION in and around Berlin will add regional relevance to the exhibition. The project will then continue following international invitations with an open end. Continuous DECRUSTATION will complement the global collection of local soils. To the same time knowledge transfer of the DECRUSTATION technique will initiate a worldwide open source art project. ORIGIN endorses the Earth Charter as its ethical framework. Patronage was offered by the UNCCD. The start of ORIGIN is well chosen: in 2015 the United Nations celebrate the ‚International Year of Soils‘.

The three Exhibition Phases of ORIGIN: from Exposure in the Open Public to Private Contemplation

The five ORIGIN DECRUSTATES stand separately like billboards in the deliberate context of advertisement in public open spaces. Earth itself in the context of omnipotent advertisement will draw most public attention possible. The objects will raise questions and leave room for imagination. Action and reactions of the public will be taken up and responded to by artists present at the scenes.

The DECRUSTATES are now brought closer together in a decelerated
theatrical performance towards a central public place to form the STAGE OF ORIGIN. Here they start communicating with each other and offer room for more concentration and    stimulate action: interdisciplinary collaborations like performance, music, dance,    theatre, film, readings and discussions are possible.

The Third Exhibition Phase: as Room

At last the DECRUSTATES are brought together to form a self-containing cube, the ROOM OF ORIGIN. High concentration and contemplation is possible.
All three phases can also take place inside public buildings, like
railway stations or town halls. 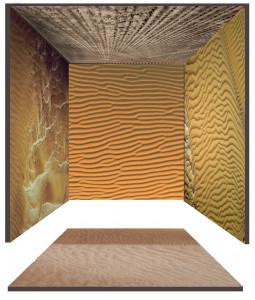 To support ORIGIN please go to DECRUSTATES 2015. This special edition will co-finance the traveling exhibition and production.

Or contact me: there are many ways to get involved and crowd funding/sourcing is the way to go for this project!